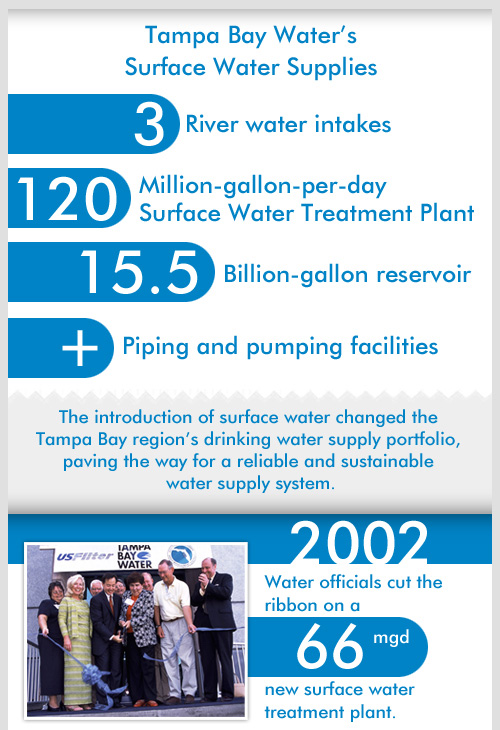 This state-of-the-art facility has been the cornerstone of Tampa Bay Water’s system. This system of pump stations, pipelines and storage is designed to take advantage of 47-50 inches of rain that falls in an average year in the Tampa Bay region.

The plant initially treated water from the Tampa Bypass Canal and Hillsborough River; water from the Alafia River was treated at the plant later in 2002. 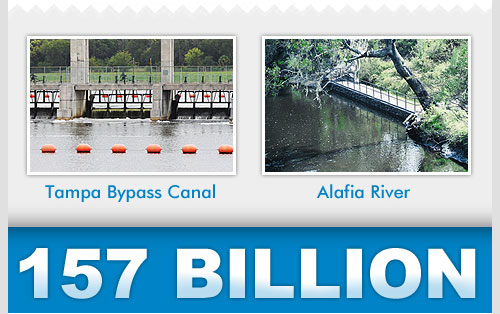 More than 157 billion gallons of river water has been treated and supplied to our region since 2002. Every gallon of surface water captured, treated and served provides a direct offset to our use of groundwater.

Reductions in groundwater pumping have contributed to increased groundwater water levels and continuing environmental recovery. Over the past ten years, the Floridan Aquifer level has increased an average of 6.2 feet in the vicinity of our northern Tampa Bay Wellfields. Likewise, lakes and wetlands on and in hte vicinity of those same wellfields have seen water levels increase.

Tampa Bay Water was created to ensure an environmentally sustainable, diverse water supply system. Before developing surface water, we relied solely on groundwater to meet the region’s drinking water needs. Growing demands stressed the environmental systems in and around our wellfields.

Developing surface water changed all that. 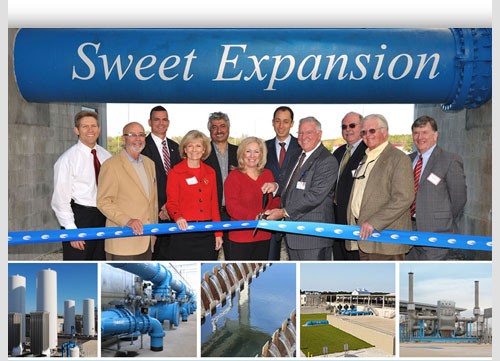 The expansion was completed in early 2011 and nearly doubled the maximum treatment capacity of the facility. Twenty years ago, no one was thinking about surface water as a regional option, but today up to 50 percent of the region’s water needs can be met from surface water, thanks to the plant expansion.

The expansion increased the plant’s maximum rated capacity to 120 million gallons per day (mgd), ensuring an annual average delivery of up to 99 mgd. 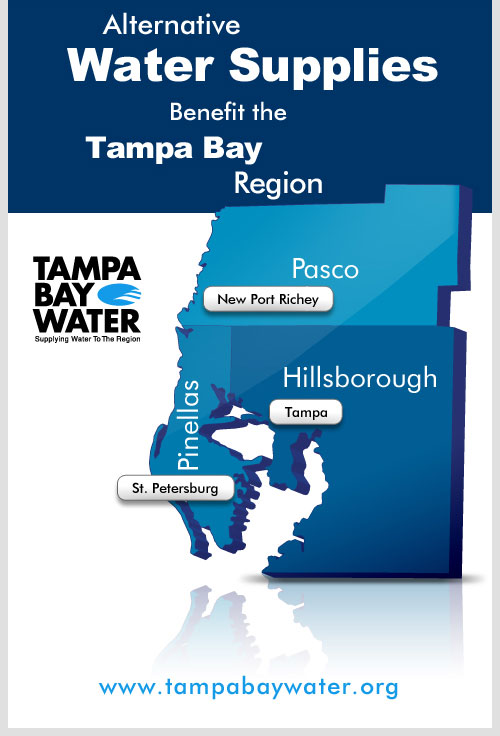